Dr. Tan Cheng Bock has announced that he will be running for the next presidential election in Singapore.

The New Paper called me and asked for my intention. I told them that I do not intend to run at the next election.

PM Lee had formed a review committee to re-examine the criteria for the elected president in Singapore. There was a mention about the need to ensure that the minority ethnic groups have a chance to become the president.

My guess is that the review committee will keep the current criteria for the president but will add a new requirement that the next election will be for candidates for a specified ethinic group, most probably a Malay. If this is the case, then Dr. Tan Cheng Bock will not be eligble to context the next election.

He may have to wait until 2029 for a Chinese to be eligible. By that time, he would be too old. That would be a major disappointment for him.

Now is your time to vote

You can win a free copy of the e-book on "Financial planning for young people" by casting your vote on any 5 issues here:http://wisdomofthecrowd.sg/view_issue.aspx
Posted by Tan Kin Lian at 7:48 AM 1 comment:

How to avoid making a serious financial mistake

What is this mistake? They are convinced by a friend or a former classmate, to buy a life insurance policy for long term savings and for protection. The friend, who is an insurance agent, is convincing. He or she is trained in marketing technique to be convincing.

Some of these young people are attracted by a "road show" where the insurance agent offer a gift for completing a survey. Many of them end up investing in a bad insurance policy.

A bad life insurance policy can lead to a loss of a few thousand dollars in the savings, if the buyer decides to terminate the policy. If the buyer continues the policy for the long term, the loss will be even higher, compared to what he or she can get by investing the savings in the right way.

How can the consumer tell the difference between a good or a bad life insurance policy? This is explained in my talk on financial planning. The next talk will be held on Saturday 9 April. More detail can be found here:

To avoid missing this talk, you should register now. It is easy to miss this chance because you will be busy with your work or social activities.

If you cannot attend the talk, you can buy this e-book. It explains the basic concept of financial planning.

Why I support Bernie Sanders 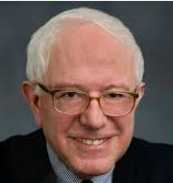 I have watched many speeches by Bernie Sanders on Youtube. His strong views and convictions are based on his core values, which I identify to be:

a) Honesty and integrity. He speaks the truth about what is good for America and what is bad.
b) Justice and fairness. He is strong about social and economic justice and believes in treating people fairly regardless of race, gender, sexual orientation and age.
c) Courage. He has the courage to come forward and serve the nation, and to put forward an agenda of what needs to be done to change the current system of governance.
d) Positive. For each of the problems that is faced in America, he puts forward a solution. This reflects his positive attitude.
e) Public service. He believes in public service and that publicly elected officials should serve the people, rather than enrich themselves.

These are the same core values that have guided me throughout the years. I can identify with the values of Bernie Sanders.

I wish him all the best in overcoming the big obstacles to be elected as President of the United States and to solve the daunting challenges faced by the country.