Agreements for leasing, purchase and sale of property

You can find standard agreements for leasing, purchase and sale of property here:
http://leaseproperty.sg/infox.aspx

Assistance on using the Leasing Portal

If you need our assistance to list your property or to prepare a tenancy agreement, you can submit a request here:
http://leaseproperty.sg/assist.aspx

Set aside savings for specific needs

Mr. Tan
What are your views about planning for the expenses set out in this article?
http://blog.moneysmart.sg/…/5-retirement-expenses-singapor…/
Is it necessary to include these items in the financial planning? How much should be set aside for each item?
REPLY
I do not recommend setting aside a specific amount of savings for each item.
I advise people to make adequate savings to cover all contingencies, including retirement and unemployment.
My approach is explained in this talk.
http://c-onyx.com/page/2363
Posted by Tan Kin Lian at 7:29 PM 1 comment:

Singaporeans are not hungry enough

John is the IT manager of a large Temasek linked company.

John - It is difficult to find Singaporeans to do IT work. They are not hungry enough. The foreigners from China and India are prepare to work hard, but not the Singaporeans. At 5 pm, they go home.

TKL - When I was in Sydney, most people go home at 5 pm. They do not need to stay back in the office after 5 pm. They do have a family and other activities to attend to.

John - I am referring to Singaporeans who have just joined us. They need to work hard for one year or two to get the knowledge and experience. If they are not willing to do so, they will never get the competence.

TKL - If you are referring to male graduates, they are likely to be quite old by the time they join you, maybe 26 to 28 years old. If they have to spend another 1 or 2 years to get the working knowledge, they will soon be hitting 30. The problem in Singapore is our full time national service, which takes away 2 1/2 years of their life (including waiting time to be called up) and university which takes another 3 or 4 years.

John - Oh. I did not see it from that angle.

Use of personal e-mail should be allowed

There is a rule in the US government that all officials should use their official email, rather than personal email.
https://sg.news.yahoo.com/pentagon-chief-carter-used-person…
This rule seems to apply also to many commercial companies. I presume that the purpose is to allow the organization to check on what the employee is doing. But why is it necessary?
Many government agencies and commercial companies in Singapore also follows this practice.
I find this rule to be inappropriate. I use my personal email address for personal and business purpose. Instead of talking to someone over the telephone, I send an email. Why should I have to use the official email address?
If it comes to a business deal when a record is required, we will probably use a signed document anyway, and send by PDF.
Posted by Tan Kin Lian at 2:45 PM No comments:

Here is the opening section of the MAS regulation on the Balanced Score Card. Frankly, I do not understand what it meant. I expect MAS to use simple and clear English in their guidelines, rather than confuse the public with this kind of language.

2 The Notice on Requirements for the Balanced Scorecard Framework and Independent Sales Audit Unit [FAA-Nxx] (“the Notice”) sets out the requirements for the Independent Sales Audit Unit and the design and operation of the balanced scorecard framework which financial advisers shall put in place in their remuneration structures for their representatives and supervisors. These Guidelines are intended to provide general guidance on some of the requirements in the Notice, such as the posttransaction checks and classification of infractions by the Independent Sales Audit Unit. In addition, these Guidelines set out the measures to be applied to existing and newly recruited representatives and supervisors who have been assigned a balanced scorecard grade E, as well as obtaining and sharing of information on the representatives’ and supervisors’ balanced scorecard grades during reference checks. The Guidelines also set out the Authority’s expectation for financial advisers to conduct pre-transaction checks to minimise the impact of the balanced scorecard framework on representatives and supervisors. The Authority may rely on a financial adviser’s failure to comply with these Guidelines to establish or negate any liability in question in relation to any proceeding under the Notice.

3 These Guidelines should be read in conjunction with the provisions of the FAA, the FAR, as well written directions, notices, codes and other guidelines that the Authority may issue from time to time.
Posted by Tan Kin Lian at 12:16 PM 4 comments:

Mr. Tan, what's your view on the latest Balanced Score Card implemented to so called improve the insurance sector?
My view is that MAS is wasting so much monies to achieve so little things...when they can actually use that monies to make sure consumers don't, in the first place, buy EXPENSIVE insurance related products.
But maybe they scared that many insurance agents will leave and unemployment level shoot up. The very true is with the implementation of the BSC, insurance agents will CONTINUE to sell THOSE super expensive products because they will have their way to protect themselves and at the same time consumers continue to waste their monies....
Insurance is not all useless but consumers need to either find the right agents, or educate themselves, plus MAS to filter out those products that do NOT meet the criteria in term of costs (e.g CPF-IS scheme).

REPLY
I am not familiar with the Balanced Score Card. I am not able to comment on its goals and its effectiveness in achieving the goals. I usually prefer to identify the root of the problem and find the right way to address it, rather than to adopt an approach that sounds good on paper, but is not clear to most people.

My approach towards providing insurance protection and long term savings for consumers is:
a) Get insurance companies to offer products that are suitable for consumers and ensure that the premiums are charged fairly.
b) Make it possible for the agents to make a living by selling these products, e.g. to reduce the time taken to sell the products, so they can earn enough on the modest commissions that the customers can afford
c) High net worth individuals who need special financial advice should be encouraged to approach experienced and qualified advisers and to pay a fee.

I will give my comments on the MAS balanced score card approach when I learn more about it.

This private condo in Upper Thomson Road is available from 1 March 2016 at a reasonable rental. It is close to some popular schools.
http://leaseproperty.sg/ViewListing.aspx?idlisting=1
Posted by Tan Kin Lian at 6:08 AM No comments:

The house in Oxley Road

Should Mr. LKY house in Oxley Road be kept as a national monument or be demolished? Give your views here. After 10 votes are received, we can view the results.
http://wisdomofthecrowd.sg/issue_det.aspx?ID=48
Posted by Tan Kin Lian at 5:59 AM No comments: 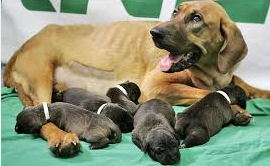 My friend in Romax Farm in Malacca kept more than 10 dogs in the farm. One dog is called Fox. She gave birth to a puppy but it was killed by one of the dogs.
One day, while pregnant again, she disappeared from the farm on a stormy night. My friend presumed that she had run away.
Fox returned back a few days later looking for food, but must have given birth at another place.
One night, my friend followed Fox back after her dinner. They found that she had a litter of four puppies in another farm. She must have felt that her puppies would be safe there.
Fox returned to Romax farm every day for her meal. Sometimes, she took back some spare meat to feed her puppies.
I saw Fox. She was intelligent and friendly.
Posted by Tan Kin Lian at 5:57 AM No comments: 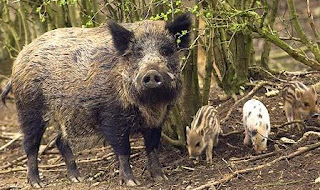 A farmer told me of an incident in his farm that is quite sad.
He plants fruits and vegetables and keeps out the wild animals with a fence. One day, a wild boar tore open the fence and destroyed his plants. This occurred for a few days.
He finally laid a trap for the boar and caught it. it was a female boar. He sold her to a nearby restaurant which sells wild boar meet.
A few days later, his farm was visited by three piglets looking for their mother. He was so sad to see this piglets.
He would normally not hunt the wild animals, but it this case, the boar was destroying his plants.
Posted by Tan Kin Lian at 10:02 PM 2 comments:

Hi Mr Tan, do you think it is necessary to buy an integrated shield plan to get better healthcare (private hospitals) as opposed to just relying on Medishield Life?

REPLY
This is not necessary, especially for older people.

I wish to share the experience of an elderly lady. She was encouraged by the agent to convert from a basic plan to a A plan that covers treatment in a private hospital.

She was diagnosed for colon cancer after a year. As she had an A plan, she was advised to go to a private hospital. She incurred a bill of $300,000.

The insurance company rejected her claim, as she did not disclose that she had diabetes at the time of upgrading. She said that the agent did not ask her about this condition. She was not educated in English and relied entirely on the agent to handle the upgrading.

The insurance company finally offered to pay $80,000 for her treatment. This was probably the amount that would have been paid under Medishield Life.

If she had remained on Medishield Life, she would have been fully covered (except for the co-insurance). By upgrading to the A plan, she had incurred a large bill that was not covered.

When a person is elderly, they are likely to have a chronic condition, such as diabetes or high blood pressure or high cholesterol. They may not be aware about it or may not be aware that it has to be declared. It is risky to upgrade a Shield plan at an advanced age.