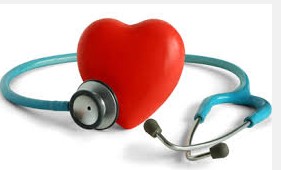 I asked a friend, who has been a general practitioner for 35 years - if a genie appear and is willing to grant you three wishes to improve the health care system in Singapore for the benefit of the people, what would you wish for?

He thought about this for a minute and replied:

a) The first wish to the government should open pharmacies all over Singapore and provide drugs at the subsidized prices that are now available to patients who visit the government polyclinics and hospitals. This will bring down the cost of drugs significantly and reduce the health care cost for the people.

b) The second wish is to pay the doctors a fixed fee to take care of the patients, e.g. $1,000 a year for each patient who are chronically ill and a lower rate for the younger and healthier patients. (This will not include drugs, which have to be paid separately at the government pharmacies). This is called the "capitation system". The doctors do not make more money by getting the patients to see them many times. As they get the same amount, they will spend time to teach the patient to stay healthy and visit them less often.

c) The third wish is to get rid of the complicated subsidy scheme that is now the practice in Singapore. This is taking too much time for the doctors and their staff in computing what has to be paid by different types of patients and the time spent trying to game the system.

I remark that the first two wishes are what has been the practice in the United Kingdom for several decades. While that system has its faults, it is generally regarded as being good for the people.

On the third wish, it is something that is unique to Singapore. It is wasteful, confusing and add to the cost.

My friend will make a better minister for health than the current minister. He knows what the actual problems are on the ground better than someone who flew in by helicopter.
Posted by Tan Kin Lian at 12:14 AM

And to get doctor not to focus on getting their earning from the drugs they prescribe but the medical care they offer. Cannot help noticing the increasing advertisement put up by drug companies at the clinics nearby. Leave the drug to the pharmacists; and better still, controlled and subsidized through govt tendered bulk purchases.

Drugs and doctors should be separated. The doctors to focus on consultation and the pharmacies to dispense medicine.
Likewise with life insurance products the insurance salesmen should focus on advising and planning for their clients for a fee and leave the dispensing of the products to the insurers like the www.compareFirst.sg model to eliminate the conflict of interest.
This model to ensure the customers' interest will be put first.
This model is practiced in US and Australia.

I buy milk powder and body wash through online pharmacy (public hospitals). Cost is lower. Service is good. Will they extend their product range to standard drug?