You only need to register once for the Wisdom of the Crowd website. If you wish to vote at any time, and you cannot remember your password, just click on the Facebook or Google sign in, and you will are ready to vote. It is convenient and easy.

Sign in here:
http://wisdomofthecrowd.sg/login.aspx
Posted by Tan Kin Lian at 10:50 AM No comments:

Voting results - Wisdom of the Crowd

The Wisdom of the Crowd website has a new look. More people are now voting on the issues, as shown here.

You can vote on the issues and get a free copy of the e-book "Financial Planning for Young People" (usual price $6) after you submit 5 votes.

Register here to vote immediately.
http://wisdomofthecrowd.sg/Register.aspx
Posted by Tan Kin Lian at 8:10 AM No comments:

Read this article below about why people are joining the life insurance industry like GOLD RUSH. https://sg.finance.yahoo.com/…/ever-wondered-insurance-agen…

After reading the article I hope that the public will understand why graduates, doctors ,dentist, engineers and accountants, conmen and women join the industry. Is it because these people want to help you poor clueless people out there to make you rich, to have more money when you retire; to be adequately insured?

The answer is NO< NO NO. to make themselves rich and this is the industry where they can cheat you and con you LEGALLY without being noticed and caught. Why? their accomplice, the insurance companies need the money from you too to invest for their senior managers to have humongous salary. What about the regulator? (Rude remarks deleted)  they cannot see even when a crime is committed infront of them.
Posted by Tan Kin Lian at 10:04 PM 3 comments:

Several people have participated in the voting of 5 or more issues in this website and have already received their free copy of the popular e-book "Financial Planning For Young People". You can also take part now, and get your copy.  It should take you just 15 minutes to give your votes on 5 issues.

My friend in Sydney told me that he is selling his house. He appointed a property agent. The agent put up a listing in their company website. The listing was quite impressive.

The agent arranged for 2 open house events. At each event, about 5 prospective buyers are visiting.

This seemed to be quite productive. The owner only needs to be interrupted twice for many buyers to view the house.

When I looked for a tenant to view my vacant property, the agent had to make individual visits to show one prospective tenant at a time.
Posted by Tan Kin Lian at 9:59 AM No comments:

Financial Planning for Young People is my most popular e-book. It sells from $6 from my website (www.c-pearl.com/shop).

You can win a FREE copy of this e-book by submitting your vote on 5 or more issues in the Wisdom of the Crowd website.

After registration, you can click on "Vote Now" to see a list of issues that you can vote on. You will be given the "For" and "Against" reasons on each issue. Select your vote and click the "Submit" button.

The government is going to "nationalize" or "de-privatize" the public transport system. They have not made a specific announcement, but they have already awarded two operating contracts to foreign operators to operate two batch of new bus services.

There is now "insider information" that they will be buying the fixed assets, i.e. buses and trains, from the two operators and will tender out the operation of the bus and train services that they are "taking back" from SMRT and SBS.

How will this impact the commuters?

Nationalize model
Under the nationalized model, the Land Transport Authority will decide on the planning of the services and the fare structure. They will tender out the operations of the bus and train services to the operators on a term contract of presumably five years.

The operator who wins the contracts will be assured of a guaranteed fee to run the service. They have to pay the wages, fuel, maintenance and other operating expenses. Presumably, the operating contract will allow for adjustment in the operating fees to take care of changes in wages and fuel prices. Most importantly, the operator will not have to worry about the revenue and the fare structure.

Under this model, the government will plan the services based on the demand. They will fix the fares based on what their judgement of what the commuters will find to be "affordable". They may fix the fares lower than the actual cost to encourage more people to take public transport.

But, they will not want to underprice the fares, as it might make the other forms of transport to be not feasible. They will also have to address the issue on the nature of taxis - are they private or public transport?

The LTA may want the operators to run more services, but the operators have to look at their bottom line and will be reluctant to run additional buses or trains where the marginal cost is not met, i.e. these additional capacity will be unprofitable. The focus on profits will complicate the planning of the services.

The "conflict of interest" will be removed under the nationalized model.

Challenges for the LTA
The LTA will face the firing line in the future when the public demand for more bus and train services. They will approach their MP, who will bring their request to the LTA or raise them in Parliament.

LTA will need to build the ability to plan the services based on actual demand, and to deal with requests that are not economically justified. They have to learn how to balance between the budgetary cost and the demand for quality service.

Can LTA raise to this challenge? They have to build the ability to handle the new challenge. They need a new way to interact with the people who are affected. They have to listen to their concerns and build the trust that these concerns have been fairly addressed when the final decisions are taken. 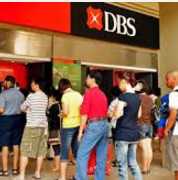 I went to deposit a cheque at the DBS quick check deposit machine in Midview City. The screen said, "temporary out of order". There was a sign - customer service 1800 111 1111.

I called that number. I had to go through 10 irrelevant messages before giving up. Why can't DBS just allow me to speak to someone to report that the machine is out of order, or to tell me when it will be ready? One hour later, I went to the machine again. It was still out of order.

I know that machines fail from time to time. But what annoys me is the inconsiderate call center system. They should, for such cases, allow the customer to talk directly to a person - rather than make them waste so much time listening to irrelevant messages. 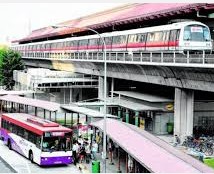 The government should issue a white paper to discuss how they proposed to "de-privatize the public transport system". This white paper should be discussed in Parliament and in the media. The people have a right to give their say on this important move.

The public transport operators will have to be compensated a few billion dollars for the trains, buses and the rail network. How will this sum be determined? Will the price be fair to the tax payers?

How will the future operations be handled. From my reading of news reports, it seemed that the bus and train services will be tendered out to private operators based on a performance contract. This strategy seem to follow the model of London Transport.

Should Mr. Lee Kuan Yew be given the Straits Times Asian of the Year Award for 2015?
Vote here. http://wisdomofthecrowd.sg/issue_det.aspx?ID=46
Posted by Tan Kin Lian at 9:36 AM 2 comments: