Here is a summary of the properties available for rental,
http://www.leaseproperty.sg/summary.aspx

The types of properties are residential, office, shop, factory. The districts are north, south, east, west, central and north-east. The properties are also listed according to the available month.

Let the supplier make his margin

I met an old friend who was once a supplier of office equipment to my previous company. He related an incident to me, about 15 years ago, that I had forgotten.

One day, I visited his shop with my purchasing executive to look at some new printers. He demonstrated the printers and quoted a price that was quite inexpensive and the printers were useful.

My purchasing executive tried to press down the price, by stating that he could find any supplier to offer them at a lower price.

I told the purchasing executive. "The price is reasonable. There is no need to press down the price. Let him make his margin. He needs to earn enough to pay his expenses".

I have forgotten about this matter. But he remembered it until today. He was grateful that I was willing to help him at a time when he was struggling to build a business.

Mr Tan,
I thought you supported Hilary Clinton previously. Why do you change your support to Donald Trump (if I ready your sentiment correctly)?

REPLY
I like the policies and strategies articulated by Donald Trump. He wants to bring jobs back to America. That is essential to "make America great again".

This will require America to be more protectionist. I also support this policy. I have written a few years ago about the need for a limited return to protectionism. http://c-onyx.com/pdf/322

Donald Trump has the following positive qualities:
a) He is honest
b) He talks straight
c) He knows the problem and the root of the problem
d) He know how to deal with them
e) He is not beholden to the special interest and the lobby groups.

It is strange that someone who comes from the Republican party is now more pro-people, pro-jobs and pro-protectionism than the Democrats.

I had high hopes when Barack Obama become President and appointed HIllary Clinton as the Secretary of State. Unfortunately, they were not able to solve the problems faced by America and the world.

I think that Donald Trump will introduce a new approach. I hope that he will be successful in doing what needs to be done.

I also believe that the world will become a better place when America is great and strong again, and the world becomes more protectionist.
Posted by Tan Kin Lian at 10:26 AM No comments:

No fee payable for listing a rental property


Dear Mr. Tan
You said that listing a rental property in the leasing portal is free for the time being. When do you plan to introduce a fee?

When I get a tenant, do I have to pay a fee at that time?

REPLY
There is no plans to introduce a listing fee for the foreseeable future.
When you get a tenant, you do not have to pay any fee.
Good luck.

The website is
www.leaseproperty.sg
Posted by Tan Kin Lian at 8:25 AM No comments:

Why live in a condo?

If you live in a condo, you can ask your MCST or council to look at this software. It will improve service to all residents and help the MCST to reduce its operating cost (and maintenance fee) over the long run.
http://c-onyx.com/pdf/2370
Posted by Tan Kin Lian at 8:02 AM No comments:

If you have to manage a team of sales people and you find that they are not as productive as you like, or you have problem in checking on the customers that they are following up, you will find this CRM software to be useful.

It is easy to implement, inexpensive, and can make your sales people more productive - just by keeping simple records for follow up. 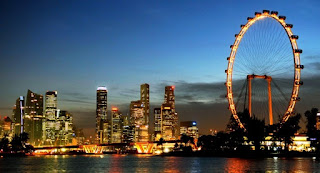 Why is the London Eye doing so well, and the Singapore Flyer is struggling?

I gave my views here:
http://tankinlian.blogspot.sg/…/london-eye-vs-singapore-fly…

Several people have commented that the poor location of the Singapore Flyer is a big factor. And competition from Marina Bay Sands is another.

I agree with the views on location and the competition. But these are physical factors that cannot be changed now.

There is no need for the Singapore Flyer to have a badly designed and confusing website. There will be many tourists who hear about the Singapore Flyer and want to read about it before they decide to visit it. They will be put off (like I did) with the website.

There are things that can be done, and other things that cannot be done. I hope that the management of the Singapore Flyer will improve their website and bring in some of the visitors that they lost unnecessarily.
Posted by Tan Kin Lian at 7:49 AM No comments:

President Trump and the return to protectionism 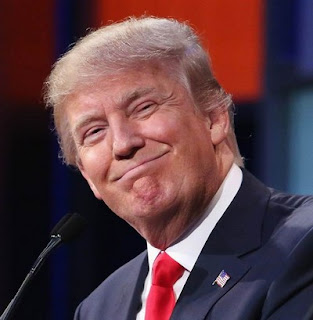 President Trump
Donald Trump is likely to be the next president of the United States. He will "make America great again". He will bring jobs back into America.

How will be do it? He will create a wall to stop illegal immigration. He will return the Syrian refugees back to their country. He will impose a tax of 35% on cars made in Mexico and exported to America. He will re-negotiate the global trade agreements. He wants to negotiate "smartly".

Impact on America
America was great in the days when there were plenty of jobs in America and a large middle class. They earn good wages and global trade was a smaller proportion of their economy at that time. Things were more expensive, relative to wages, in America in those day, but they got along fine. Perhaps they spend a bigger proportion of their wages on cars and other "made in USA" products, and have less to spend on houses. Which meant that houses were more affordable, and that was a good thing.

The American economy is big. They can afford to be protectionist. And the people will do better when there is a greater certainty of jobs in the country. With a stronger economy and more real jobs in the country, the government can collect more taxes and reduce their deficit and debts.

The American voters like his message (as evidenced by his strong poll standing).

Impact on China.
How will this impact the China economy? They have already embarked on a policy of domestic consumption. The leaders in China are smart and visionary.

Their economy is big enough for them for them to do well with a reduced volume of global trade. They will sell less to the world, but what is the point of selling more and keeping the surplus in US dollars and US treasury bonds?

The same situation will also apply to Japan and South Korea.

Impact on Singapore
Small countries like Singapore may be hurt by a more protectionist world. But we can also adjust.

We do not really need to bring in many foreigners to serve the global economy or the global financial sector. With a smaller economy due to diminished global trade, we will have less jobs for foreigners. The remaining jobs can be done by Singaporeans.

What about the jobs that Singaporeans do not like to do? We need to pay higher wages for our technical and skill workers to attract the locals to do the jobs. The Germans, Australians and many other countries have found the solution through higher wages. Singapore will also have to follow this route.

But we can take in a limited number of immigrants to do these jobs, and give them permanent residency, like our forefathers who migrated into Singapore.

Will higher cost of labor lead to higher cost of living in Singapore? Yes. But that meant less spending on houses (and house prices will be cheaper) and on cars. And that will also be a good thing.

The Singapore government will have a smaller budget surplus. They cannot afford to pay outrageous salaries to their ministers. And that would be another good thing.

But the majority of voters will be "smart". They will vote Donald Trump to be the President of the United States in 2016.

I personally welcome a change to a more protectionist world. It will reduce the income gap in most countries and lead to a more stable society. Ordinary people will feel more secure about jobs, the cost of living and the future for their families. They can have a more balanced and happier life.
Posted by Tan Kin Lian at 7:10 AM No comments:


You told me yesterday that you have been too busy with your business and have no time to plan the development of your CRM software.

I have a software that is now being used by my company and is being considered by two potential customers.

Do you wish to look at its functions and see if it may suit the needs of your company? The software can be customized quite quickly to suit your actual needs.

Sounds good. The write-up seems simple and direct what we need from CRM software.

I can make the software available for an initial fee of $5,000 plus $1,000 annual fee. I will add $2,000 for the training. Customization may cost extra, but can be minimized.

There is the cost of hosting in the Cloud. If you use my Cloud, the monthly fee (if the data base is small, say less than 1000 customers) is $200.

If you have an office with 3 staff paying CPF in Singapore, you will be able to claim 60% of the software cost from government funding.

If you find this acceptable, I will send the user guide to you. I can also arrange for a hands on demonstration.

If you live in a condo, you can get better services when your condo or MCST implement a good online software.

This Condo Software allows your MCST to employ your own staff to do the daily work and to use the managing agent to handle the regulatory and more important issues. It will reduce the cost for your condo.

CRM Software - easy to use

This software is easy to implement.
Your marketing officers or customer relationship officers can use it with 1 hour of training.
It can be customized to suit your business
http://c-onyx.com/pdf/2369

Financial planning for a graduate

Dear Mr Tan,
I will be graduating next year. I would like to start saving and would like to seek your advice on what policy/plans that I could look at. I was recently introduced to take on a prulink flexi-saver plan which I am honestly wary about. My mom has a prulink assurance plan with little growth.
1.) I would like to start saving at least $200 per month and so would like to know which products i could look at purely for savings (I am risk averse and would like my capital assured)
I am really lost with all the hard-sell and the myriad of products available. Thank you.
REPLY
Register for this talk
http://c-onyx.com/page/2363
Posted by Tan Kin Lian at 8:21 AM 2 comments: